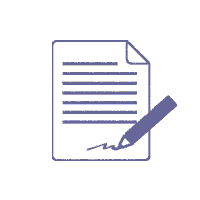 All accidents involving injury, no matter how minor, are recorded on an incident report form immediately after a child is treated.

All reports must be signed by the parent and are filed in the child's file.

Our plan for handling medical emergencies:

If a child must be transported by ambulance for emergency medical care we will transport to Bon Secours Community Hospital in Port Jervis, NY (unless otherwise notified).

Children's Safe Stay is an approved pick-up and drop-off site for the following schools:

Please contact Children's Safe Stay at 845-858-4923 or childrenssafestay@gmail.com to inquire about bussing to and from other schools.

Please note that school-age children who ride the bus to and from the Center are expected to behave appropriately. Parents of children who misbehave will be required to stay with their child in the morning until the bus arrives.

We at Children’s Safe Stay try to provide the highest levels of service to you. To maintain this service, each child will be evaluated daily with a health check. The following to be included: signs of illness, communicable disease, child’s behavior and activity level, skin rashes, signs or symptoms of abuse or maltreatment.

Children's Safe Stay has decided to exclude moderately ill children, parents will be contacted and the child excluded when the following symptoms are present. Children with these symptoms are considered to be moderately ill and may not be in a childcare program that is only for well and mildly ill children. A mildly ill child has symptoms of a minor childhood illness, which does not represent a significant risk of serious infection to other children.

A minor childhood illness is one that is not designated as a communicable disease requiring exclusion by the New York State Department of Health. A mildly ill child can participate in the regular program activities with some minor modifications, such as more rest time. A physician’s note must accompany any child coming back to daycare after being sent home.

The following list, provided by the NYS Department of Health, specifies and explains the exclusion criteria (symptoms) for moderately ill children:

Discipline provides an opportunity to enable a child to develop self-control. Our guidelines are designed to help each child develop self-control and assume responsibility for his or her actions through clear and consistent rules. Staff is encouraged to use approaches to help children solve problems. These techniques include, but are not limited to, redirecting a child to an alternate activity, rewarding acceptable behavior, encouraging children to talk about their feelings and providing an example for children by speaking and interacting with children in a positive manner.

Any discipline used must relate to the child’s action and be handled without prolonged delay on the part of the staff so that the child is aware of the relationship between his or her actions and the consequence thereof.

There are three factors in helping children behave:

There are three very simple rules to use which are easy for the children to understand. These are:

Refer to Section 418-1.9 Discipline of NYS Daycare Centers Rules & Regulations.
Refer to Kids, Discipline and You: Age Appropriate Strategies for Disciplining Your Child.

The Center participates in the CACFP (Child and Adult Food Program) and we provide all students with breakfast, lunch, and an afternoon snack. A menu is provided each month and is posted in our lobby area. Breakfast is a bread product, fruit, and milk. Lunch consists of a meat, bread product, vegetable, fruit, and milk. Each afternoon snack includes food or drink from two of the above-mentioned groups. Sweets may be included occasionally.

Special dietary restrictions and treatments must be written and signed by a physician. It is also very important that all known food allergies be reported to all staff and the Directors. CACFP requires that parents complete an enrollment form and income eligibility form annually.

Please make sure that we always have updated phone numbers to contact you.

To have any medication administered to your child while at daycare, you must complete a medication authorization form and have your physician complete the same. This includes all prescription and non-prescription medications.

Any prescription medication must be clearly labeled and have a recent prescription date on the bottle. Forms must have clear instructions, no “as necessary” will be accepted. See Medical Procedures Form for more information.

Children should leave at home their toys, electronic games, etc. They are not allowed to bring these items into the Center. The Center will not be responsible for any lost or stolen items that should not have been brought into the Center.

Please provide your child(ren) with a plastic shoebox to store a change of clothes. All items should be labeled and be kept in the shoebox in their cubby.

If your child wears diapers, please supply us with diapers and wipes.

Children’s Safe Stay and its entire staff is a mandated reporter of suspected child abuse. While your child’s welfare will ALWAYS come first, we will consult with you, if possible, before taking any action. Please understand that there are few choices involved in such a situation.